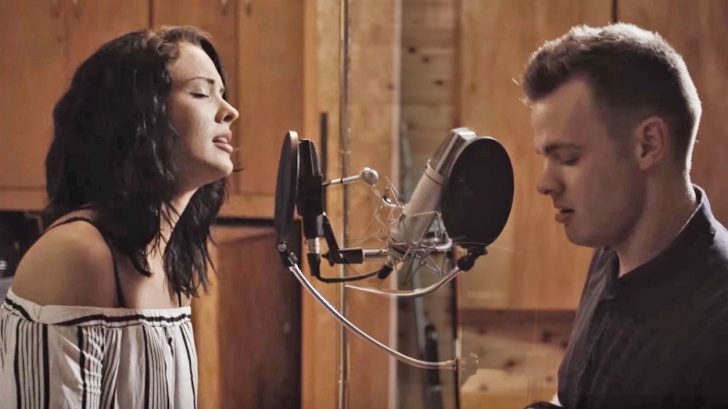 Following the jaw-dropping performance of “Tennessee Whiskey” at the 2015 CMA Awards by country music sensation Chris Stapleton and international superstar Justin Timberlake, George Jones’ classic returned as one of the biggest songs in the genre.

The performance gave a whole new generation an appreciation for the classic country song, giving inspiration to a series of breathtaking covers by up-and-coming artists. Two young artists by the names of Clark Beckham, who you may remember from Season 14 of American Idol, and Madison Ryann delivered a surreal cover of “Tennessee Whiskey” that will leave you stunned.

Electric guitar in hand, Clark kicks off the duet with deep soulful vocals that fly through the air like silk, as Madison joins in at the chorus for an infectious harmony before taking over the song for a captivating solo. Their duet currently has raked in a staggering 300,000 views since its release in March of 2016.

The young artist’s duet of “Tennessee Whiskey” reveres Jones’ legacy for years to come in a manner the country legend would be proud of.

You can watch their duet of “Tennessee Whiskey” below.