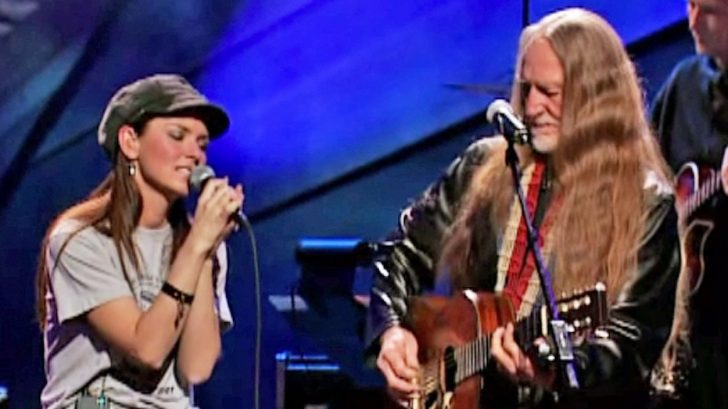 To celebrate Willie Nelson‘s 70th birthday, singers from all different genres came together for an incredible night of music.

A stand out performance was Nelson’s duet with Shania Twain. Together, they sang his hit “Blue Eyes Cryin’ In The Rain” from his 1975 Red Headed Stranger album. The song and album helped jump start his career as a singer.

Prior to his success from Red Headed Stranger, Nelson worked primarily as a songwriter and had written hits including Patsy Cline’s “Crazy,” Roy Orbison’s “Pretty Paper,” and Billy Walker’s “Funny How Time Slips Away”.

During his duet with Twain, Nelson accompanied them on guitar and harmonized during the chorus. Up until this performance, we have never seen Twain sing quite like this and we loved every second of it.

Watch their incredible performance below.