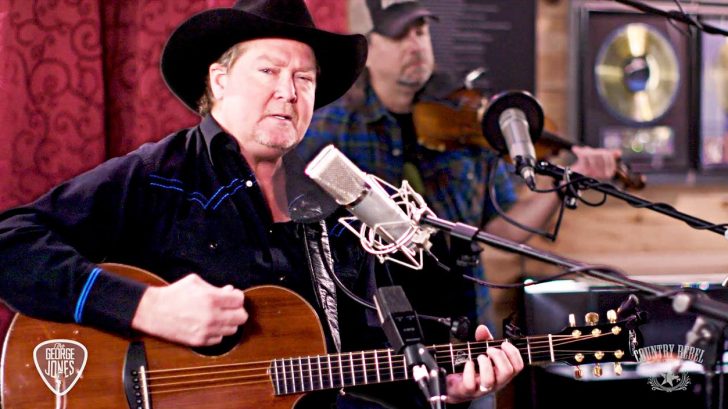 One of country music’s most traditional singers pulled off an incredible acoustic session at the famous George Jones Museum in Nashville – and his performance of his signature hit is the best thing y’all will see today.

Tracy Lawrence has been performing country music since the early 1990s and across the next few decades, he scored a seemingly endless number of country hits, including his beloved song “Time Marches On.”

Teaming up with Country Rebel for a once-in-a-lifetime acoustic performance, Lawrence poured his heart and soul out into this song – straight from the heart of Nashville and the iconic George Jones Museum.

“Time Marches On” was penned by legendary country hitmaker Bobby Braddock and first released by Lawrence in 1996 as the second single and title track of his fourth album.

The song details how the only thing certain in life is that everything will constantly change, but shares that advice through a story of a family and how differently their lives evolve over a lifetime.

In this unforgettable acoustic performance, Lawrence reminds us exactly why he’s such an immense figure in country music and proves that even though change is constant – his talent will never change.

Watch Tracy Lawrence’s “Time Marches On” performance straight from The George Jones Museum below and make sure you subscribe to Country Rebel’s YouTube channel to be the first to see other great country performances!