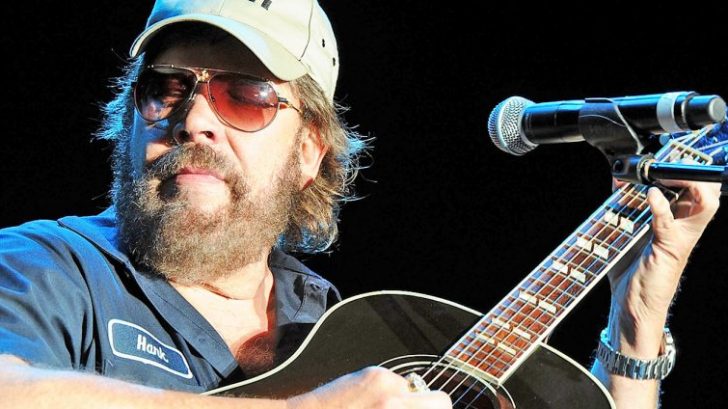 It’s no surprise to fans that Hank Williams Jr. enjoys paying tribute to the legends that came before him. It just so happens that sometimes, those legends are also considered friends or even family. Hank Jr. idolized Waylon Jennings and Johnny Cash, and he had very close relationships with both of them.

June Carter Cash was Hank Jr.’s godmother, so Cash knew him since he was just a little guy. Along with a love of music, Cash and Hank Jr. shared a love of Civil War history, among other things.

In an interview with CMT, Hank revealed just how good of friends he was with the Jennings family.

“Waylon and me were pretty tight,” he said. “Shooter’s [Waylon’s son] got ‘CBCS’ and a gun tattooed on his forearms. And he said…that means ‘country boy can survive.’ His daddy and his mama are pretty close friends.”

Hank Jr. began the tribute during his 2012 Bossier City, Louisiana concert singing the theme song from The Dukes Of Hazzard, which was famously sung by Jennings, who was also the show’s narrator. Fans clapped and sang along to the tune’s lyrics, “Just the good ol’ boys/Never meanin’ no harm/Beats all you never saw/Been in trouble with the law/Since the day they was born.”

He transitioned seamlessly into Cash’s iconic song “Walk The Line” to an uproar of applause from the crowd. Hank Jr.’s love for Johnny Cash and Waylon Jennings has always been front and center, and because of this, fans get to witness a legend pay tribute to a couple legends who came before him on a regular basis.

Watch his incredible acoustic tribute to Jennings and Cash below.