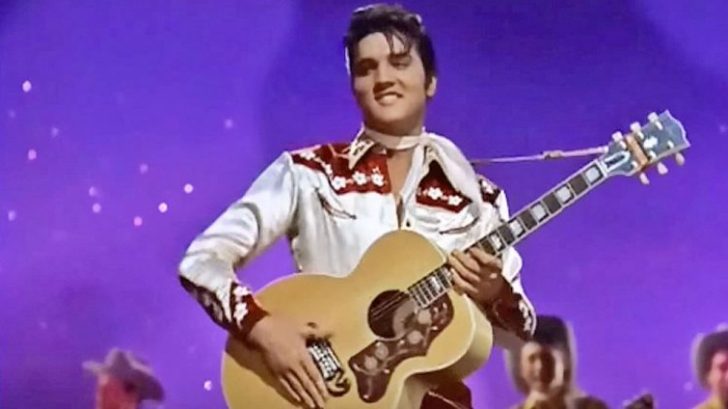 In the 1950s, The King of Rock N’ Roll tried his hand at acting. His career was cut short in 1958 when he was drafted into the military, but not before he could act in two feature films. Upon his discharge from the military, he continued to act until 1969. He is credited to have acted in 31 films.

Elvis Presley was a supporting actor in his first feature film, Love Me Tender, but the movie Loving You was his first starring role.

The film followed Presley, who played a delivery man whose singing talent is discovered by a music publicist. He joins an existing tour and finds success because of his unique voice and good looks.

Presley’s character, Deke, ultimately falls in love with a female singer on the tour and after much turmoil, they end up together. Awww!

Because he plays a singer in the movie, Presley sang 7 original songs, one of which became certified platinum!

Every time he performed the song, the audience, especially the ladies, went wild! In this particular performance, Presley didn’t leave his signature hip shakes and dance moves at home. His gyrating hips kept the ladies screaming the entire performance!

“Teddy Bear” became a No. 1 hit on the Billboard charts in the country, R&B, and Top 40 genres.

Watch his performance of the song below!